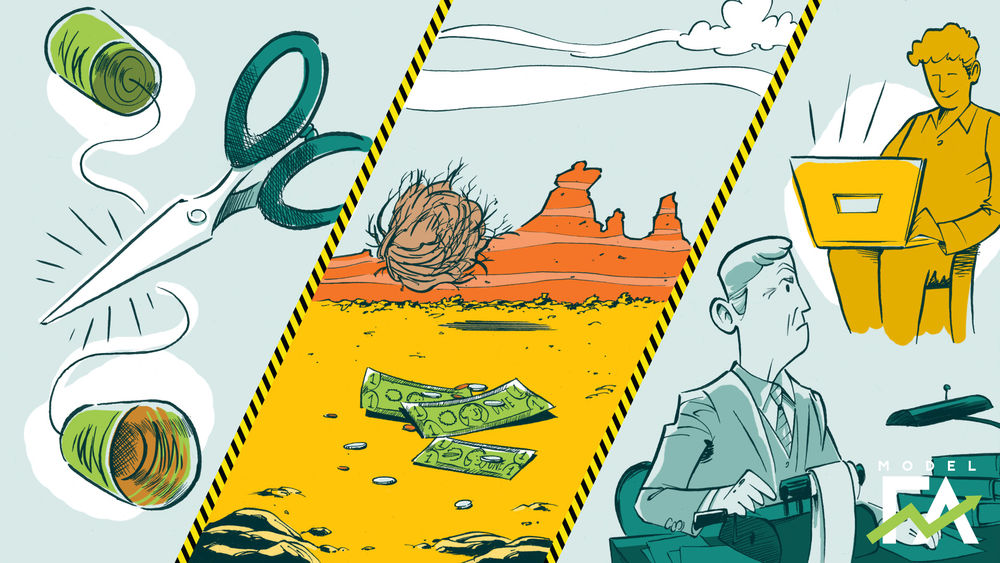 Imagine this. You’ve just purchased a retiring financial advisor’s firm. On your first day, you walk into the office, ready to change the world. After being introduced to the staff (who are all very nice people with warm, friendly greetings), you are ushered into your new office.

You follow the strange noise down the hall to the office manager’s area, where you find her typing away… at a typewriter.

The image is straight from the 1960s, so for a moment, you can’t believe what you are seeing. When you finally find the words to ask what’s happening, you discover that the office manager is type-writing a memo. But don’t worry, it will get scanned and emailed to the client. We are in the 21st century, after all!

And yet, this is a true story. It happened to me when I bought a retiring advisor’s firm back in 2014. I was ready to take over the world, excited to serve clients, maybe even expand the firm at the national level and really grow… But I was in for a rough reality check. 18 months later, I sold my ownership stake and moved back to Austin, TX.

It was a valuable lesson — but it was also an expensive lesson. And I’m here today to share what I’ve learned and hopefully help you avoid the same fate.

Before we go any further, here are some pictures to give you a sense of what I saw on my first day at the new office (and every single day of my short co-ownership of that firm).

Due diligence is the key to avoiding a failed succession plan

Every guide on best practices for advisor succession plans will tell you that due diligence is very important. If you are vigilant and honest with yourself, you can usually tell right away that a potential acquisition is probably not going to work out. So, make sure you’re investigating every aspect of the prospective purchase.

Side note: don’t overlook the firm’s culture. In my case, the culture of the legacy firm did not fit with my cutting-edge, growth-oriented vision. All you had to do was look around! And I will be the first one to admit that I underestimated that cultural gap (and overestimated my ability to single-handedly push the firm into the future, kicking and screaming all the way).

Looking back at my failed advisor succession plan experience, I can see at least 3 early red flags that should have warned me.

In my case, the previous owner didn’t introduce me to his clients. They were his friends, and he wanted to maintain those relationships even after new owners came into the firm. I would reach out to schedule lunch or a coffee with them, proactively trying to foster relationships of my own. He would scold me for overwhelming and confusing clients, and insist I wasn’t ready to meet them yet. As time went on, I realized that, in his eyes, I would never be “ready”.

Client introductions and process change are two common areas where deals fall apart. If you are considering the purchase of an existing business, make sure you discuss your strategy for managing both. If possible, put specific timelines in place and build in a process for surfacing and resolving disagreements.

It’s essential to have a balanced deal so you aren’t hamstrung in the first year or two after succession. Make sure there’s enough cash in the deal. Otherwise, you may be forced to use your own capital to pay the IRS.

In our situation, previous owners were getting phantom income payments. All available cash went to salaries and overhead. At the end of the first year, they got hit with a big tax bill for money they weren’t actually receiving.

There will always be differences between previous owners and new owners. That by itself isn’t necessarily a problem, especially if you have established a path for surfacing and discussing disagreements. Most disagreements can be resolved through open dialog, especially if both sides are genuinely interested in finding common ground and moving forward.

Unfortunately for me, the guiding principle that may as well have been written on the walls of the firm we acquired was, This is how we’ve always done things. And that is a tough argument to overcome, because it’s the truth.

It’s very difficult to break habits. When you take an owner on the precipice of retirement, he or she has even less reason or motivation to change their ways. In a perfect world, you would buy a firm and retain its clients and legacy staff. However, it’s tough to build loyalty when you’re upending all the processes they’re accustomed to and making their lives hard by pushing them into a steep learning curve.

Don’t let this scare you away from acquisitions. Buying an existing firm can be a great way for a younger advisor to “buy into” a client base, deliver value, and ensure continuity of solid client service. There are lots of resources to help you assess the fit, build a proper financial structure behind the deal, and write the “transition rule book” to guide you across the inevitable rough patches. To start, check out FP Transitions and RIA Match.

But the truth is that there will be positive take-aways even if your first choice goes sideways, whether in negotiations — or after the deal is signed. Here are my personal lessons learned. As painful as they were to get, I would not trade them for anything.

See also: The Most Important Aspects of Starting an RIA

When you buy someone else’s practice, you’re buying everything.

So, remind yourself that you are buying the whole practice.

That includes all the legacy partners and their interpersonal dynamics, all the client relationships, staff, and infrastructure.

To transition the practice successfully, you need to walk in clear-headed and manage expectations (both your own and those on the other side).  If you have a big vision, and if your vision differs dramatically from the prior owner’s, you should expect resistance every step of the way. Entrenched mentality of “This is how we’ve always done things” is tough to overcome, whether you get it from staff or clients. It is possible to change people’s minds, but don’t expect it to happen quickly.

In the end, acquiring that firm and then selling my ownership stake back was a good experience. I learned a lot and really grew as a business owner. My advice for those who are considering buying another advisor’s business is that you should take it slow. This is especially true if you are considering an acquisition of a solo practice or a small team.  Chances are, everything in that firm has been done a certain way for a long time.  Be sure to assess the cultural fit and don’t expect fast changes.

What has been your experience with an acquisition? What red flags for a failed succession plan would you add? Sound off in the comments! 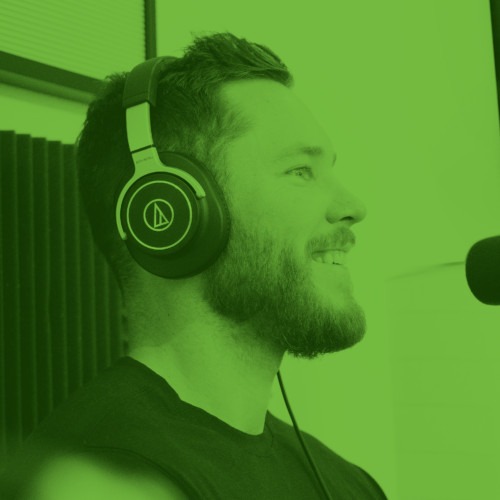 Patrick Brewer is the Founder of SurePath Wealth, a NextGen ensemble practice with offices across the country. Patrick is also co-founder of Brewer Consulting, a marketing agency for financial advisors, and host of “The Model FA” podcast. Together, the three companies empower advisors to remove financial anxiety from the world by combining human-first investment advice with cutting-edge marketing and practice management strategies. Patrick is a CFA charterholder and a CPA. You can connect with Patrick on Facebook or LinkedIn.